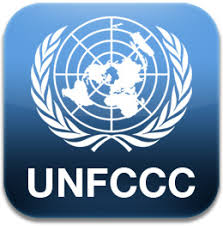 Following the US president announcement to renegotiate the modalities for the US participation in the agreement, the Secretariat said its willing to engage in dialogue with the United States government regarding the implications of this declaration. But the UNFCCC secretariat emphasized that the Paris Climate Deal ” cannot be  renegotiated based on the request of a single Party”. This historical agreement was signed by 194 countries and ratified by 147 countries in december 2015 in Paris.

Syria and Nicaragua are the only countries which did not sign the Paris Accord.

The Paris Agreement is aimed at reducing risk to economies and lives everywhere, while building the foundation for a more prosperous, secure and sustainable world recalled the Secretariat.

“ It enjoys profound credibility, as it was forged by all nations and is supported by a growing wave of business, investors, cities, states, regions and citizens. We are committed to continue working with all governments and partners in their efforts to fast forward climate action at global and national levels,” added the Secretariat.