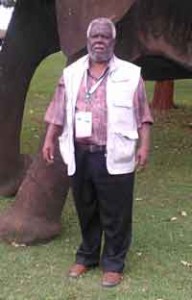 The third Global Conference on Agricultural Research for Development   will deal with  Agri-food Research and Innovation.  These two processes might be the solution to fight  hunger and malnutrition, think experts.

“ We know, for instance, that almost one billion people live in extreme poverty, in the world, and we know that 800 million people suffer from chronic hunger, in rural area mostly,”  says Doctor Shadrack Moephuli, chief executive officer for the Agricultural Research Council in South Africa.

“ What we are expecting is to set a new agenda,  to ensure that it gets to those who needed the most,” he affirms.

This  Global Agricultural  Event will review the results of the 2010 conference.With an analysis of the “Roadmap to Change” which is a global strategy paving the way for more responsive and relevant agricultural research. Among the participants, scientists, researchers, farmers, civil society, rural women and youth, policy makers, business and investment agencies will share experiences on returns on investment, advance science, business farming…

Listen to the interview

Wandile Kallipa is senior  a journalist from South Africa. He is currently working at Channel Africa

( SABC) as a senior radio journalist, dealing with environmental issues. He studied mostly in Bucharest.

He has a Bachelor of Art in Journalism, obtained in the Academia Stefan Gheorghiu in 1985. He worked then for Radio Freedom, the Voice of the African National Congress Broadcasting from Radio Tanzania in Dar Es Salaam.

A few years later, he joined the Zambian Broadcasting Corporation for Radio Freedom. In 1998, he  went back to Romania for further studies where he studied Law at the University of Bucharest Faculty of Law. He Graduated in 1991, obtaining an M.A. At Law Degree. Upon his return to South Africa, he joined the South African Broadcasting Corporation’s external service in 1997.