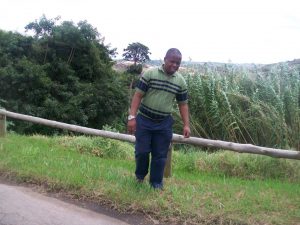 While intra-regional agricultural trade can reduce food insecurity and be a stepping stone to industrialization, poor bio-security control capacity remains a major obstacle to trade in agricultural products, and can therefore limit income and food security of farmers, according to recent bio-security meeting. Indeed, biosecurity experts from 10 Central and East African countries met in Lusaka ( Zambia) recently for the fourth Africa Plant Biosecurity Network workshop.

Common Market for Eastern and Southern Africa (COMESA) secretary General Sindiso Ngwenya is upbeat about the prospects of regional integration and called for efforts to address constraints such as poor bio-security control capacity. Mr Ngwenya said that a key result of regional integration should be increased intra-regional trade. Intra-regional trade has indeed increased from US$3.2 billion in 2000 when the free trade area (FTA) was launched to around US$20 billion.

“However, this still amounts to less than 10 percent of total trade with the world. The secretariat has done a study to show that although intra-COMESA trade is currently low, there is a potential trade worth US$82 billion,” he said. “We need to work out how to realise that enormous potential,” Mr Ngwenya added. To him, many of COMESA’s 19 member states heavily dependent on agriculture, the production and trade of agricultural produce is of high priority.

“Intra-regional agricultural trade can  reduce food insecurity, so we must address constraints to this trade such as biosecurity,” Mr Ngwenya said. “Those army worms do not need visas to cross borders. As COMESA, we are trying to open borders for free movement but not in a devastating manner like army worms,” he claimed.

He attributed the lower intra-regional trade to costs of non-tariff measures, including sanitary and phytosanitary (SPS) or biosecurity, which he said are higher than they need to be.  COMESA is leading studies to examine the actual costs of SPS measures,  and how they can be reduced without affecting the levels of protection they are designed to provide, he recalled.

Zambia’s acting minister of Agriculture Jean Kapata said agriculture is a priority sector in Zambia as elsewhere, hence the need to protect agricultural trade from threats of pests, whose intensity she attributed to climate change. “They are a threat to food security and agricultural trade. We need to enhance international collaboration in fighting these pests,” Ms Kapata said in a speech read for her by the ministry’s permanent secretary Julius Shawa.

In Zambia, the fall army worm has already ravaged rain fed crops like maize and wheat, with a further threat of destroying the winter wheat, the meeting heard. Zambia Agriculture Research Institute (ZARI) Director Moses Mwale said 10 percent or 1.2 million hectares are under infestation of the army worm.

“Clearly, this pest is here to stay. We need an integrated pest management system and to invest in an early warning system,” Mr Mwale said.“We are happy that the government responded promptly to contain the outbreak,” he emphasized. Zambia’s High Commissioner to Australia, George Zulu said seed borne diseases have been a major hindrance to the export market and called for an urgent solution. “We had AGOA (African Growth Opportunity Act) but because of diseases, our crops were not accepted. We hope the diseases that block our market access can be eradicated so that peasant farmers can export these sweet bananas,” he explained.

For Centre for Agriculture and Biosciences Initiative (CABI) Director General Dennis Rang, the army worm is a very destructive pest because it does not just attack maize but many other crops and causes up to 90 percent damage. “We have a challenge to address this problem. Imagine if this pest could spread to East Africa which is characterized by constant drought,.” he said.

View from the other side

Mellissa Wood, General Manager of Global Programmes at the Australian Centre for International Agricultural Research (ACIAR), the agency funding the Australia-Africa Plant Biosecurity Partnership (AAPBP) noted that African regional markets are growing rapidly and are forecast to be worth a trillion dollars by 2030, adding that a healthy, competitive agricultural sector will require improved farm to consumer marketing, trading and biosecurity systems. “An efficient and effective biosecurity system is recognized as a major enabler of the enormous opportunities for boosting regional and international trade in agricultural produce from sub-Saharan Africa,” she said.

What Australia wants to do?

Australia’s Plant Biosecurity Co-operative Research Centre (PBCRC) is keen to develop capacity of the AAPBP member countries to respond to threats and emergencies of plant diseases and pests. According to PBCRC Director of Research and Training, Jo Luck, 50 PhD students will be trained as part of  coordinated training of ‘the next generation of plant biosecurity scientists”.

“At the close of this final workshop, we hope we will have created a sustainable network which will assist our 10 participating countries being able to respond to current and future biosecurity threats such as the fall army worm,” she summarized. For Dr Rangi, regional trading in Africa and outside Africa with countries such as Australia should be encouraged.

Newton Vusa Sibanda is a veteran journalist and media consultant with 22 years media experience. He is based in Lusaka, Zambia. . He previously worked  for the Zambia Daily Mail as News Editor. He holds a Bachelor of Arts (Honours) degree in Journalism and Media Studies from Rhodes University in Grahamstown, South Africa, and a Diploma in Journalism from Lusaka’s Evelyn Hone.  He is also a multiple-award winner: in 2014, he indeed won the MISA (Media Institute of Southern Africa) Zambia 2014 Best Environmental Reporting Award and MISA Zambia 2014 Best Business Reporting Award.