Paris Agreement and the incoming US administration

Paris Agreement and the incoming US administration

By Aya Kathir and Houmi Ahamed-Mikidache

All around the world, people, politicians and leaders are talking about the “changing American political landscape”. Donald Trump the president elect has yet  to decide his environmental agenda regarding the climate change and the fossil fuel which could cripple a decade of climate diplomacy. Barack Obama’s Clean Power Strategy could fail after Donald Trump’s decision to remove the US from the Framework Convention on Climate Change and remove his Nation from the Paris Agreement.

How Climate Change is affecting the US?

There are public health threats associated with the extreme weather including the heat stress, air pollution and diseases carried by food, water and insects.

Climate Change has come at a cost to the US. Disasters in 2012 cost the American Economy more than $100 billion with drought, heatwave, western wildfires, super storm Sandy and hurricane ISAAC.

What is the Clean Power Plan about?

The Clean Power Plan aims to  reduce carbon dioxide emissions by 32 percent from 2005 levels by 2030. It should prevent up to 3,600 premature deaths, 1,700 non-fatal heart attacks, 90,000 asthma attacks in children, 300,000 missed workdays and schooldays. According to the current US administration, the Clean Power Plan should boost the US economy by leading to 30 percent more renewable energy generation in  2030, creating tens of thousands of jobs and continuing to lower the costs of renewable energy. President Obama renewable energy policy calls to keep global warming below 2 degree Celsius.

On August 3, 2015, Mr Obama announced “the clean power plan”,  a turning point and an important step in reducing carbon pollution. By announcing a clean power plan, the US is committed to lead global efforts to address Climate Change.

The Clean Power Plan was first proposed by the Environmental Protection Agency in June 2014, under the administration of the President Obama. Its final version set a national limit on Carbon pollution.

From 2010-2015, the US has invested more than $11 billion in International clean energy finance, while in 2016,  Mr Trump as a candidate  announced that investing in  Climate Change wasn’t worth it:  it was waste of money he said.

But on November 17, 2016, “more than 360 businesses and investors sent a strong message to the US headers; reaffirming their support for the historic Paris Climate Agreement. They were calling the US administration to strongly support the continuation of low-carbon policies and the commitment of the US in the Paris Agreement.

While the current US administration announced statistics and numbers to continue the global transition to zero- and-low carbon energy sources, concerns are raised regarding the funding of the green climate fund, established in Cancun ( Mexico) to help developing countries tackling climate change.  117 organizations including 350.org, Friends of the Earth have delivered a petition signed by more than 70,000 to call the Obama administration to secure the future of the  Paris Agreement with the 2,5  billion US dollars pledged by the US for the Green Climate Fund. The US administration initially pledged 3 billion dollars for this fund, but only 500 million has been transferred so far.

On November 22,  the President elect Donald Trump mentioned in an interview given to the New York Times that he will  “keep an open mind” about the question of pulling out the United States of America of the Paris Agreement. It was obvious that he was trying to calm down the critics that were raised after his speech ( during the US presidential campaign) of withdrawing his country from the Paris Accord, by expressing that climate change and clean water are “vitally important”.

Donald Trump is set to be inaugurated as president of the United States of America on January 20th 2017. He has nominated a climate change denier Scott Pruitt as the head of the Environmental Protection Agency. But a question still remains:  As Thomson Reuters points out, it is not so easy to reverse existing environmental regulations, what will be the next US policy regarding climate change battle?

Aya Kathir is a 23 years old young freelance egyptian journalist . She owns a bachelor of french litterature, obtained in the university of Cairo. Trilingual, she speaks arabic, english and french. She contributed to the famous newspaper «  El Yom » as a poet. She was part of the university paper committee of the french litterature faculty. She is now  based in the US where she is writing articles on human rights. She is part of the online trainees of Eraenvironnement.com. 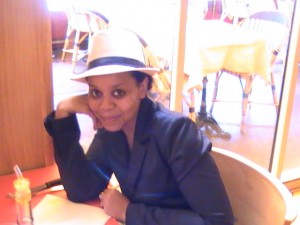 Based in Paris, Houmi Ahamed-Mikidache is the founder and the editor in chief of Eraenvironnement.com. She is a freelance investigative journalist working on  Africa and  diaspora activities.

Over the past few years, she has expanded her skills on the environment issues concerning the treatment of the natural resources of Africa. She  is  a trainer in climate change. She is a former journalist for Irin News, Anadolu Agency, IC Publications, and Le Point Afrique.