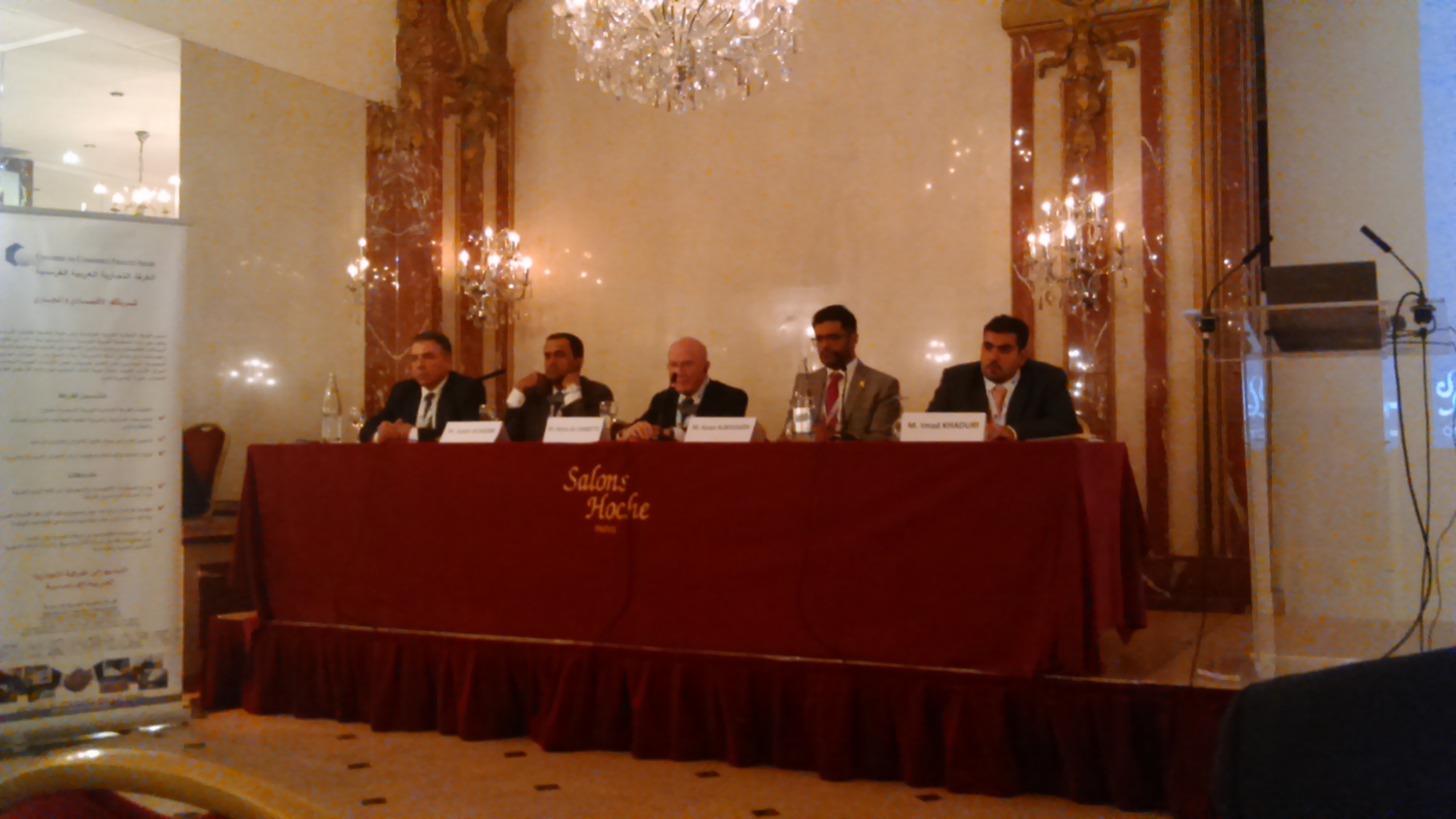 Invest in Oman: a gateway to the world

Located in the middle east, in the south of the Arabia Peninsula, the Sultanate of Oman has a strategic geographical position, with a very strong history shared with Eastern Africa ( Trade, culture…). With an average population of 4 726 413 estimated in January 2016, the country is largely depend on the oil resources ( 9, 16 billions OR*, including 7, 7 billions OR of the oil net revenues). However, since the seventies, the Sultan Qabous Bin Said introduced an economic diversification in Oman policy. Indeed, in  1976, the Sultanate adopted five-years plans in order to safeguard the financial and economic stability of the country with a balance development of the various governorates.

Composed of 11 governorates, Muscat, Dhofar, Misandam, Buraymi, Dakhliyah, Wusta (…), the Sultanate of Oman is described as a modern state under the Authority of the Interior Minister, with the exception of Muscat and Dhofar. Each governorate has its own administration, geography, and economy. The nine five-years Plan of the Sultanate, from 2016 to 2020 focusses on the economy diversification strategy. It intends to expand the productive base and it aims to create jobs for omanis by contributing to the GDP through, agriculture, industry, tourism, fisheries and mineral resources.

The important element of the omani scheme is the development of human resources through education and vocational training. The Sultanate of Oman wants therefore to be inspired by international best practices with the aim to prepare its young population in the workplace.

As part of its ninth five-years plan, the Main Oman 2040 Vision Committee organizes  this year international conferences. Member and signatory of several agreements and economic organizations such as the World Trade Organization (WTO), Oman is willing to open its country to the world.  Its characteristics, according to observers : political stability, safety, liberal economy. “Investors can own up to 100% of their company,” underlines the Ambassador of Oman in Paris Humaid Bin Ali Al Maani. In Oman, there is no restriction to export capital and profit.Legal persons do not pay taxes, but the business tax rate is 12%.

Foreign investments are very important for Oman, even if there was a decrease between 2011 and 2012,  said Azzan Al Busaid, Executive Director of Plan and Studies of The Public Authority for Investment Promotion and Export Development (Ithraa). Oman strengths according to Mr Al Busaid are a stable economic policy, a strategic geography and  ports. Omani ports are stepping stones to trade with Middle East, Africa and Asia… Among majors investors in Oman are the United States of America, the United Kingdom, China, Africa.   The economic future of Oman is part of a process to integrate opportunities and actions through diversifications of incomes through sectors such as agriculture, fisheries, tourism, and  industry.

How Oman develops agriculture and fisheries ?

The Sultanate of Oman has 7.5 million date palm trees, 390 000 lemon trees, 434  000 mango trees and 159 000 coconuts. The Ministry of Agriculture, in collaboration with the FAO works on a sustainable development action plan on the agricultural sector in the horizon 2040. With the aim to achieve food security, reduce importation of fruits and vegetables and to integrate the population in the agricultural sector.

The agricultural and fisheries sectors play an important role in the daily lives of the omanis. These sectors represent 406.1 millions OR of the Oman GDP in 2014. Oman is exporting its products for many years in India, Africa and in the Gulf region…The fisheries sector increased slightly from 2013 to 2014, 211 000 fishes were captured in 2013, whereas in 2013, there were  206 000. In Oman, bottom trawling is prohibited as the Sultanate is committed to preserve the environment and the marine ecosystem. 98% of the technic to capture the fishes in Oman are traditional.

Since 2014, the Sultanat of Oman has established a new program on aquaculture to help growing the fishing industry. In Duqm, an industrial zone, in the South of Muscat, the omani government has created in 2011 the economic authority Duqm. According to Saleh Alhasni,

Executive Director of the economic authority of Duqm, it is essential to train young omanis. There is 3240 kilometers of coastline in Oman.  More than 95% of the employees of the fisheries sector are omanis. Since 2014, Andreas Ntastsopoulos is working for Oman as an Executive Director of the Omani company for development of Aquaculture. This company, a 100% financed by the omani investment fund, is part of the process of modernisation of the agricultural and fisheries ministry (with the introduction of technology). “There are more than 150 fishes species and a strong portential in aquaculture in Oman, with a clean environment, ” notes Mr Ntastsopoulos.

In 2013, the Sultan Qaboos Bin Said launched a 182 millions US dollars fund to support the creation of small and mid-sized enterprises in Oman. Currently, 48 000 people are working in the fisheries sector, including 42 552 traditional fishers. 736 traditional fishers received a grant from the government. 19 ports and fisheries markets have been modernized. The country wants to strenghten its historical openness.

The natural and business tourism and climate change

In 2014, 2.2 millions tourists came to visit Oman. The sultanate built infrastructures such as Muscat Airports, the one in Salalah, the Sohar regional airports, Al Duqm and Ras el Had. Oman is willing to see tourism as the first source of national income, with  business tourism through international conferences, according to the Ministry of information.

To prevent the ecological consequences, Oman has put in place protection and prevention mesures. In Muscat, there are two equipments of protective measures against the hazards arising from emissions and a mobile unit of air quality measurements.

Since 2012, the government gives permits related  to the climate aspects of development projects. In each permit, there are information on the projects greenhouse gas emission parameters, in order to encourage rational and effective energy consumption. This is part of the willing of Sultan Qaboos Bin Said. He indeed emphasizes this point during the 70 birthday of UNESCO last year  : « We highly value the global attention being accorded to science and the exploitation of renewable energies in all forms of life and also to stem the challenge of pollution and climate change and to sustain the energy sources for the generations to come. We commend the constant strive to finding root solutions to the issues of population growth,  food security, water shortage and the other modern-age challenges. We also praise all the efforts aimed at protecting the environment and preserving biodiversity. Besides, we back the efforts being taken to achieve the desired goals. » In Oman, industrials are invited to plant trees and plants. The ministry of Environment and Climate Change controls 19 natural reserves.

Environment and French strategies  in Oman

For the president of the  Franco-Arab  Chamber of Commerce , and former french foreign minister, Hervé de Charette, Oman reflects « a nation open to the world for centuries ». According to him, Oman’s strenghts  are political stability, geographical position, quality of infrastructures, a supportive legal framework and a motivated youth.

France is working in Oman in key sectors : Energy, Water, Waste management. The Veolia group specialized in water, waste management and energy,  recently signed a contract in the Sultanate. It is the first contract on waste management in the Middle East. With the association of a local expertise, through the Al Ramooz National Company. Veolia will be committed to sustainably manage all waste and eliminate environmental damage caused by traditional waste management facilities.

Other french company, the Suez Environment Group. With its division Degremont and a local company, the Group signed an agreement in march for the construction and the exploitation of a seawater desalination plant in the north of Oman in the municipality of Al-Amerat.

France ranks number 14 investors in Oman. Six major contracts have been signed recently between France and Oman, for an amount of 600 millions euros, according to Julien Buissart, Middle-East Bureau Chief in the French Ministry of Economy, Industry and Digital. France plans to invest in logistic and transport. Since 1937,  Total, the private french oil company,  has been a partner of Oman in the development of its oil and gaz industry. For the past few years, Total is committed to better energy through a campaign and it works on sustainable development. Since 2009, Total has supported a project of France’s Centre National de Recherche Scientifique (CNRS), with the collaboration with the Ministry of Omani Heritage. They conduct archeological excavations at the ancient site of Qalhat, next to one of Oman natural gas reserves, in the South al Sharqiyya Governorate. The Total fondation has supported since 2004 turtle conservation and the protection of ecosystem in Oman.