The Fifth Edition of the UNEP ADAPTATION GAP REPORT 2020 was released on january 14th. The UNEP adaptation gap report 2020 highlights the need  for action on  financing  climate change through Nature Based Solutions with adaptation* benefits. It shows how nature based solutions should be seen. Nature Based Solutions must become a priority, emphasizes the report.

What are Nature Based solutions?

The report’s definition is:  « Locally appropriate actions that address societal challenges, such as climate changes, and provide human well-being and *biodiversity benefits by protecting sustainability, managing and restoring natural or modified ecosystems,»

Can Climate and Development be compatible?

One of the keys outcome of this report is the  analysis of investments by four major multilateral funds: the Global Environment Facility, the Green Climate Fund, the Adaptation Fund and the International Climate Initiative. To their opinion,  green and hybrid adaptation solutions has risen considerably over the past two decades, with cumulative investment in projects with Nature Based Solutions components now standing at US$94 billion, of which 13 per cent is directed towards Nature Based Solutions.

Why progress on finance remains slow?

Despite many commitments by governments, the private sector, philanthropy and finance institutions for scaling up ambition and investments in Nature Based Solutions, progress on finance remains slow. As adaptation finance is increasing at a lower rate than adaptation costs (in a context of increasing and accelerating climate change),  therefore the adaptation finance gap appears to be broadening, underlines the report. There is a need for development and evaluations mechanisms of funding. Even if there is a little evidence to indicate that adaptation planning at the national level is stimulating adaptation planning at the subnational level. The information on future trends in national level adaptation are limited emphasizes the report. There is no adequacy and scope on Nature Based Solutions finance. This question is still under discussion according to the report. Tracking investment flows in this area is difficult.Nature Based Solutions are not recorded as a distinct funding category or investment option, often non considered and not related to climate change planning, details the report.

Are Nature based solutions strategic?

To the report, they are indeed strategic as they address the vulnerability of species and ecosystems to climate change, as well as other anthropogenic pressures, with at least 50 per cent of the National Biodiversity Strategies and Action Plans of  countries members of the United Nations Convention on Biological Diversity. These plans  integrate  Nature Based solutions potential and importance. One can find also these actions in sectoral planning processes, infrastructure, energy, water, agriculture and urban planning.

Is it difficult to plan Nature based solutions? 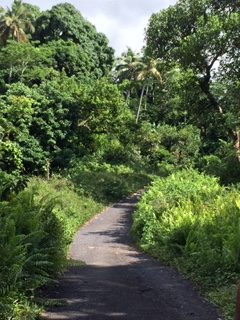 Planning for Nature Based Solutions is a challenge as these local actions need system-scale approaches to secure the provision of ecosystem services that contribute to adaptation. But coordination of national or jurisdictional boundaries can be the key according to the report. It will create both a challenge and an opportunity for environmental policy frameworks and transboundary negotiations.One of the important issues raised in the report is that it is difficult to know the future trends in national level adaptation, and it is also unclear to know how the gender dimensions can be prioritised at the national level, in national adaptation plans and policies. Clarification is recommended to meet the adaptation goals at the global and national level. It will help set precise targets, indicates the report.

What can be the role of databases?

Another point highlighted in the report is the need to share databases documenting planning implementation efforts in high income countries related to Nature Based Solutions. Private finance information should be available. To reduce present and future risk levels under different global warming scenarios, the information on policies and actions should be powerful. Analysis should be on risk levels under different global warming scenarios and  the uncertainty surrounding the long-term effects of the COVID-19 pandemic on future trends in adaptation planning, financing and implementation. New tools such as sustainability investment criteria, climate-related disclosure principles and mainstreaming of climate risks into investment decisions can stimulate investments in climate resilience., concludes the report.

*Biodiversity is the shortened form of two words « biological » and « diversity ». It refers to all the variety of life that can be found on Earth (plants, animals, fungi and micro-organisms) as well as to the communities that they form and the habitats in which they live such marine and terrestrial ecosystem.