A new tool kit has been launched to guide African governments to drive their economies through tourism. The tool kit will guide protected area authorities to attract new international investment to fund national parks while also conserving environments and providing socio-economic benefits.

“The kit provide models on protected areas in Africa and gives predicted revenue increases of between four and eleven times within a decade,” Dr. Lauren Evans, Director of Conservation Science at Space for Giants notes during the launched in the sidelines of the summit on wildlife conservation in Zimbabwe.Dr. Evans observes that Africa’s unique diversity of wildlife and habitat has the potential to radically transform the continent’s economy. She says that it is encouraging that a few state protected areas are meeting their potential as engines for growth and presents a major opportunity for governments. “Cared for and sustainably developed, these are national assets that can provide significant financial and social returns now and long into the future,” she adds.

Presenting a paper, Building a Wildlife Economy: Developing Nature-Based Tourism in African State Protected Areas, Dr. Evans notes that national parks and other state-owned conservation areas could significantly multiply the revenue they pump into African economies.
The paper says that bringing new private-sector investment to underfunded protected areas to capitalize on surging interest in nature-based tourism would help fund conservation without draining state finances, while driving sustainable local and national development.
Oliver Poole, executive director of the Giants Club, says that the paper details not only the boost to an African country’s economy that comes from developing tourism to its national parks in a sustainable way, but also the steps that governments can best take to secure that share of the tourism market.

“If governments implement the toolkit laid out in this report they will not only help secure the long-term future of their wildlife and the landscapes they rely on but also will draw on foreign investment, create jobs and raise the GDP of their nation,” he adds.
The authors notes that four of every five tourists to sub-Saharan Africa visits to view wildlife while the number of tourists is set to double to 134m by 2030.

Tourism already drives 8.5 percent of Africa’s GDP and provides 24 million jobs while spending on tourism, hospitality and recreation could double to more than $260 billion by 2030.
They however called for urgent improvement of the economy and ecological value to save wildlife and landscapes that are under a cute threat.
The paper states found out that some protected areas receive only one in every ten dollars they need, as governments grapple with financial shortfalls amid competing priorities like health, education, and infrastructure development.
Combining analyses of existing research and pioneering proven approaches to increasing revenue in Africa’s protected areas, the authors found that Africa’s 8,400 protected areas annually earn $ 48 billion from 69 million visits, $1 spent by a nature-based tourist in Africa is worth $1.79 to local economies and that tourism generates 40 percent more jobs than the same investment in agriculture.
The paper was co-authored by Space for Giants, an international conservation organisation headquartered in Kenya, and Conservation Capital, a conservation business and finance advisory firm with support from UN Environment and Space for Giants.
End 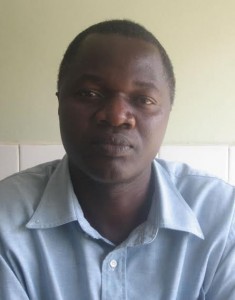 Duncan Mboyah  is a Kenyan citizen who specializes in science journalism – health, environment, agriculture and sustainable socioeconomic development. He is currently working with Xinhua News Agency in Nairobi covering science and climate change. Duncan has over more than 15 years of journalism practice and has written hundreds of articles on climate change effects in Kenya and Africa in general in the past years.

He also regularly contributes articles to Scidev net, a British owned online science publication that specializes on science and technology development in the developing world. He has a Degree – Bachelor of Science in Communication and Journalism from Moi University and is currently a Communication’s Studies Masters student at Moi University, Kenya. Duncan also works as a media consultant and trainer in science and climate change reporting. He is one of the media trainers of Era Environnement.