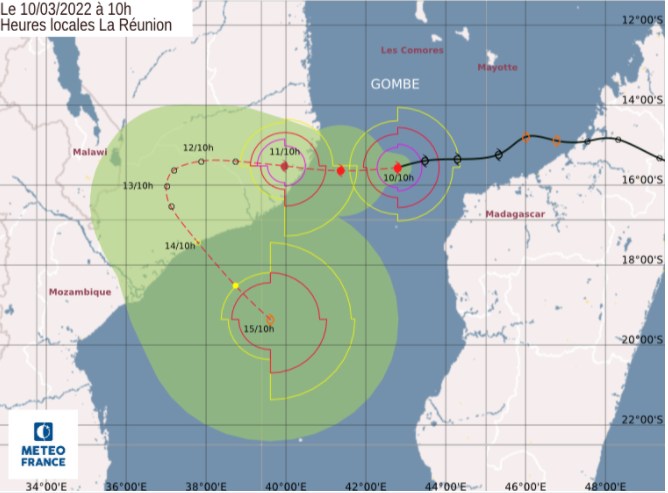 Tropical Cyclone Gombe, a small and compact system ,which hit northern Madagascar on Monday, is now intensifying in the Mozambique Channel. It is forecast to make landfall in Mozambique today as strong Category 2 equivalent or more, according to World Meteorological Organization ( WMO).

Gombe will bring heavy rainfall to the area affected by recent tropical storms. Waves of up to 6 m and a coastal surge of up to 2 m possible, according to WMO regional meteorological centre La Réunion (Meteo-France).

On Thursday, Météo France said a low pressure system was currently present over the south-west Indian Ocean and emphasized there won’t be any cyclone in Reunion . Comoros will experience low to heavy rainfall and hight temperature from 25 °C to 29°C , underlined the last comorian weather forecast Era Environnement received. But There was no mention of a cyclone.