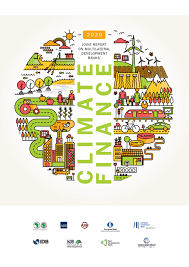 Beirut, Lebanon, hosted the fourth of five Regional Finance Forums on Thursday 15 September, with a focus on fostering climate finance among Arab countries. It was hosted by the United Nations Economic and Social Commission for Western Asia (ESCWA), the Egyptian Presidency of COP27, and the UN Climate Change High-Level Champions.

Countries and communities who contribute the least to the climate crisis are disproportionately affected, with the least resources to adapt. So far, the five Regional Finance Forums have presented 71 climate finance projects across Africa, Latin America and the Caribbean, Asia Pacific and Western Asia. 28 were presented in Beirut for Western Asia, representing a total investment of around USD$4.7 billion. Of this, around USD$4 billion in investment is for climate adaptation and resilience, around USD$600 million in investment for climate mitigation, and around USD$60 million for mitigation, and adaptation and resilience.

Collaboration between the public and private sectors is facilitated through the mobilization of this finance. As COP27 President-Designate, Sameh Shoukry, Egyptian Minister of Foreign Affairs, has stressed the importance of collaboration.

Several projects and initiatives from a wide range of sectors – from agriculture to transport – were presented with the aim of accelerating climate finance.

For example, on the Lebanese project on ‘Forest Fire Prevention, Forest Management, Resilience and Reducing Wildfire Hazard in Nahr El Kabir’, H.E. Minister Nasser Yassin, Ministry of Environment for Lebanon explained that they will promote the sustainable use of natural resources, restore degraded landscapes, and increase Lebanon’s forest cover while meeting the ecological, social and economic needs of sustainable forest management.

Egypt’s High-Level Champion said: “Climate finance is currently insufficient because we need double the amount of funding currently available, and inefficient because it takes too long to negotiate until it reaches actual implementation. There is injustice because the most climate vulnerable countries are asked to pay for a crisis that they did not contribute to it, and they get the little share of the finance to achieve their climate goals.”

The final Forum will take place in Geneva, Switzerland on October 17th. It will be a High-Level Roundtable on ‘enhancing sustainable management and financing for the critical raw materials required for low-carbon transitions.