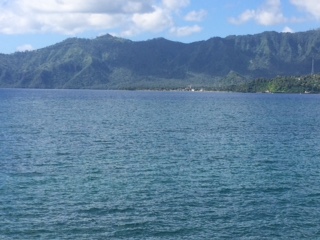 10 Non Governmental Organizations (WWF, Whale and Dolphin Conservation , Environmental Investigation Agency, Seas at Risk…)  call  the International Maritime Organization   to speed controls on ships, ahead of the 73 session of the Marine Environment Protection Committee which be held in London today until October 26th.

We the undersigned organizations wish to express our support for the International Maritime Organisation (IMO) in considering speed measures for shipping at its Marine Environment Policy Committee meeting (MEPC 73) starting October 22 in London.

Speed controls on ships, determined and implemented by the IMO, would have multiple benefits. On climate change, managing the speed of ships, as is done in other transport sectors, would be a useful policy lever in cutting greenhouse gas emissions, with associated benefits for marine life. Air pollution, whether of SOx, NOx, particulate matter, or black carbon, could similarly be reduced.

For whales and dolphins, slower ship speeds could reduce underwater noise pollution, and reduce incidents of whale strikes. For these reasons we urge IMO delegates to give the speed proposal due consideration, and decide on a timeline for an impact study before a decision on adoption. Speed could be a valuable tool in the IMO’s toolbox, for the climate, human health, and marine life.