On saturday 19, around 180 countries participated in the 2016 Earth Hour activities. Between 8 : 30 pm and 9:30 pm, these countries turned off the lights of their building, their tourist attractions…  Among the countries participants , Uganda, Australia, Tanzania, Nigeria, Morocco, Madagascar, Egypt, France, Singapour. This year, Earth Hour was observed by many activists. In Egypt, the observation was organized in Cairo by the Arab Youth Climate Movement (AYCM) and 350.org, two civil societies involved in the environment, sustainable development and against the use of fossil fuels. But , as every year since 2009, Egypt turned off key tourist sites, such as the Giza Pyramids, the Sphinx. Africa emits less than 4% of the greenhouse gas emission. 70% of africans have no access to energy. In december, in Paris, during the COP 21, African countries launched the African Renewable Energy Initiative with partners to boost renewable energy on the continent to at least ten gigawatts of capacity by 2020 and at least 300 GW by 2030. Celebrated every last saturday since 2007, Earth hour 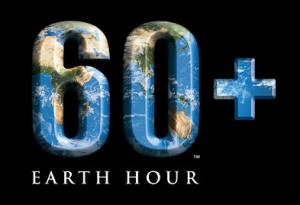 aims to raise awareness on the impact of climate change.