Many people remember the last rainy season in May. It has started unusually late. But it has affected people.There are views that the erratic rainy seasons and the high intensity of rainfall are caused by climate change and some negative impacts are now unavoidable. These consequences of human-induced climate change often result in loss and damage.  Analysis by DeodatusMfugale*.

Many people lost their property 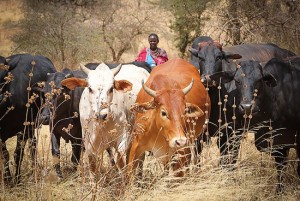 Many people remember the last rainy season in May. It has started unusually late. But it has affected people. Residents of Tanga city, located on the Tanzanian northern coast close to the Kenyan border, were pounded by  heavy downpour recently. It was not happened in this town  and around for over four decades. As a result, some sections of roads were washed away by floods while several houses were pulled down. Many people lost their property as some houses were submerged under floodwater.

In other places, in one village in Kilimanjaro region, a pastoralist could do nothing but watch helplessly as some of his livestock disappeared during a night. A farmer in Mvomero district of Morogoro region also lost several hectares of maize crop after his farm became waterlogged following heavy rains. Experts said that maize plants cannot survive in pools of water. Several people also lost their lives due to severe flash floods.

Agricultural productivity is hardly affected by climate change in Tanzania: soils can no longer support growth of traditional crops. It is forcing people to leave their villages . According to the Ministry for Environment, 61 percent of Tanzania suffer from desertification. “Desertification makes land unsuitable for agriculture and livestock keeping, and Rising sea levels threaten to sink island and saline water has infiltrated freshwater sources, said Sabine Minninger, Climate Change Policy Advisor, Bread for the World. She emphasized: “These have forced members of vulnerable communities to migrate to other areas where they have lost their identity.”

There are views that the erratic rainy seasons and the high intensity of rainfall are caused by climate change and some negative impacts are now unavoidable. These consequences of human-induced climate change often result in loss and damage.“Loss refers to things that are lost forever and cannot be brought back, such as human lives or species , while damages refer to things that are damaged, but can be repaired or restored, such as roads or embankments, ” explained Saleemul Huq, a senior fellow at the International Institute for Environment and Development (IIED).

Strengthening flood barriers, planting trees, using new crop varieties and other forms of adaptation can complement mitigation by helping to build resilience. But the capacity for humans and nature to adapt is limited. In other words, when countries, state, cities cannot adapt to climate change, loss and damage can respond to  the global warming. Moroever, in the long term, loss and damage can help efforts to fight against poverty and it can help achieving the sustainable development , according to experts.

But for Sixbert Mwanga, Director of Climate Change Action Network Tanzania,” There is still a lack of information and knowledge about climate change, and a lack of commitment to deal with it in Tanzania.”

Article 8 of the Paris Agreement

The question on lost and damage was raised during  COP 19 in Warsaw in 2013 and COP 21 in 2015 .  The loss and damage issue is indeed based on the Warsaw International Mechanism for Loss and Damage . It has been emphasized through the Paris Agreement during COP 21.

“Parties should enhance understanding, action and support, including through the Warsaw International Mechanism, as appropriate, on a cooperative and facilitative basis with respect to loss and damage associated with the adverse effects of climate change,”upholded the article 8 of the Paris Agreement.

According to Carbon Brief, a UK-Based Website on climate science, an average of about 30 percent of loss and damage caused by climate change have been covered by insurance in the past decade.

To the view of many  African countries,  the ability to have access to fund soon after disaster is crucial for saving lives and livelihoods. Insurance is a priority because it can reduce impacts on human beings and save money through crisis response and relief efforts soon after disaster strikes. And this actually explained in the Paris Agreement.

“Parties recognize the importance of averting, minimizing and addressing loss and damage associated with the adverse effects of climate change, including extreme weather events and slow onset events, and the role of sustainable development in reducing the risk of loss and damage,”  indicated the article 8. 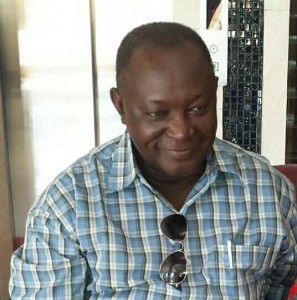 *Deodatus Mfugale is an experienced freelance environmental journalist based in Dar es Salaam Tanzania. He is a media consultant/trainer specializing in environment, climate change, extractives industry and investigative journalism. He works on voluntary basis with the Journalists Environmental Association Of Tanzania (JET) in the areas of writing features, editing and conducting short-term training sessions. Currently, he writes as a correspondent for Daily News and The Guardian newspapers, two Tanzanian newspapers. But he was formerly employed by The Guardian Ltd where he served as a news editor, and a features editor before he resigned in 2009. He is now a Board Memberof Shahidi wa Maji (Water Witness). Between 2012 and 2014. He served as a Member to the Advisory Committee of the Climate Change Research, Education and Outreach Programme of the University of Dar es Salaam. He has attended many climate change meetings and other international conferences.