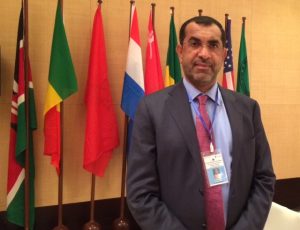 Since the seventies, the Sultan Qabous Bin Said introduced an economic diversification in Oman policy. Indeed, in  1976, the Sultanate adopted five-years plans in order to safeguard the financial and economic stability of the country with a balance development of the various governorates. The Ministry of Agriculture, in collaboration with the FAO works on a sustainable development action plan on the agricultural sector in the horizon 2040. With the aim to achieve food security, reduce importation of fruits and vegetables and to integrate the population in the agricultural sector. 98% of the technic to capture the fishes in Oman are traditional.

Located in the middle east, in the south of the Arabia Peninsula, the Sultanate of Oman has a strategic geographical position, with a very strong history shared with Eastern Africa ( trade, culture…). With an average population of 4 726 413 estimated in January 2016, the country is largely depend on the oil resources ( 9, 16 billions OR*, including 7, 7 billions OR of the oil net revenues).

The agricultural and fisheries sectors play an important role in the daily lives of the omanis. These sectors represent 406.1 millions OR of the Oman GDP in 2014. Oman is exporting its products for many years in India, Africa and in the Gulf region…The fisheries sector increased slightly from 2013 to 2014, 211 000 fishes were captured in 2013, whereas in 2013, there were  206 000. In Oman, bottom trawling is prohibited as the Sultanate is committed to preserve the environment and the marine ecosystem. 98% of the technic to capture the fishes in Oman are traditional.

Since 2014, the Sultanat of Oman has established a new program on aquaculture to help growing the fishing industry. In Duqm, an industrial zone, in the South of Muscat, the omani government has created in 2011 the economic authority Duqm.

Dr Hamed Said Al Oufi,, Undersecretary, Ministry of Agriculture and Fisheries Wealth of the Sultanate of  Oman was recently in Mauritius for the Conference on Ocean Economies and Climate Change. He gaves his view on Oman, Africa and blue economy